Growing up, I imagined my daughter Kate as a TEENAGER FROM MARS. I mean, my time as a teenager was so different. I never understood her need to hang out at the record store or all the time she and her friends wanted to talk on the phone.

Then she comes along one day to tell me she’s getting married. I never even met the guy! I figured though, if Kate likes him, then I like him. I mean, the man is a doctor for Pete’s sake! He makes sure people don’t DIE DIE MY DARLING. No, it’s not because I’m shallow. It’s so if Kate ever hurts herself, he’ll know how to take care of her. By spending lots of money on her! I kid, I kid. I just don’t want to find her in a DEVIL’S WHOREHOUSE.

Kate comes for a visit and tells me she has some news! I almost died. Finally, I’d get to be a grandmother! I mean, that HATE BREEDER  of a son Michael probably has impregnated women all over, but they don’t count. So Kate gets here, she may or may not be the same person who she was in the second episode; this very well may be NIGHT OF THE LIVING DEAD. 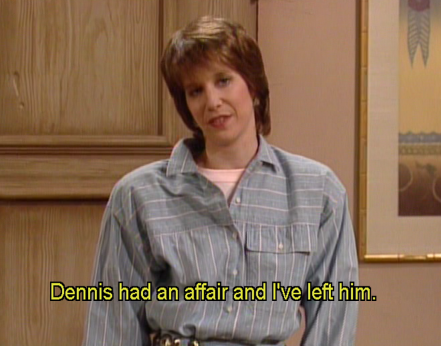 But she’s not pregnant, you see. That asshole Dennis has cheated on her and she’s leaving him! Apparently leaving him also caused her to dress like a cowgirl at a debutante ball. I had SOME KIND OF HATE for Dennis, and that hate was pure rage.  No one messes with the daughter of this QUEEN WASP and gets away with it.

SPEAK OF THE DEVIL, the next day, however, Dennis came over from the HORROR HOTEL to talk to Kate, and she forgives this ANGELFUCK. How dare she? Show knows what the shit brick Stan put me through when he cheated on me.

But, my best girlfriends convinced me that I have to let me daughter do what she wants with her life, even if she asks me MOMMY CAN I GO OUT AND KILL TONIGHT. She was forgiven and she and Dennis head off. 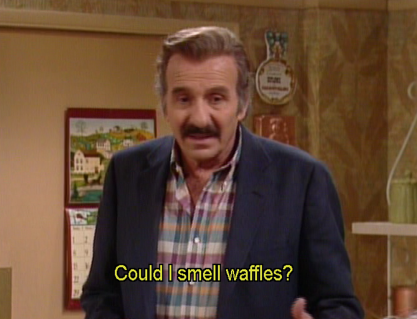 You know what else happened that made our SKULLS ache? Rose and her late husband Charlie fuuuucked like no one’s business. From 7pm to midnight, then for two hours in the morning. Blanche claimed that is was ONLY MAKE BELIEVE but Rose insisted it was true, every LAST CARESS. 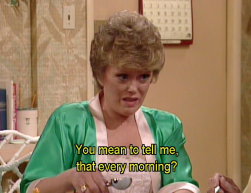